The United Airlines Lesson: Unite Behind Your Brand Promise 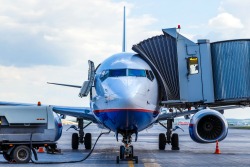 On April 9th, 2017, security officers representing United Airlines dragged a screaming 69-year-old passenger out of his seat and off a United plane, creating an indelible image of customer abuse and a public relations nightmare that could haunt the brand for years.

But four United employees needed those seats more than a few paying customers.

But the screaming passenger is a convicted felon.

But the fine print on the ticket gives the airline the right to remove anyone from the plane.

We live in a time in which everyone has instant access to a video camera and potentially a worldwide audience. Regardless of how those involved try to rationalize their actions, manhandling a customer should have never even been close to a solution.

On the United website, the company's Customer Commitment states that their goal “is to make every flight a positive experience” for their customers, that they provide “a high level of performance,” and that they're dedicated to delivering the type of service that makes them “a leader in the airline industry.”

United employs nearly 88,000 people around the world, so maybe it's unfair to expect that every one of their employees would live up to that portion of their brand promise. But how many people work for your company? Do they all know what you promise your customers, whether it's online or implied?

Are they empowered to make decisions that serve your customers and protect your brand image?

Do you remind them that the world is watching, even if your “world” is just a few hundred customers?

Make sure your employees know what your brand stands for, what's expected of them, and what will never be tolerated.

More in this category: « Let Your Human Side Show Giving vs. Taking: A Fresh Approach to Advertising »
back to top