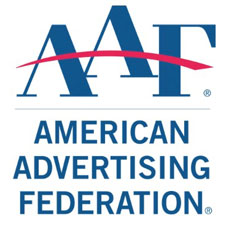 “I also ensure that information from AAF National is communicated to local ad clubs and individual members.”

Members of the AAF National Board of Directors focus on industry issues, including diversity and multiculturalism, governmental affairs, and ethics in advertising, as well as the recognition of excellent creative work.

Seay has attended “Day on the Hill” in Washington D.C., meeting with legislators about the issues facing the advertising industry. He stays involved in the latest discussions by meeting with a wide array of advertising professionals, from the leaders of the largest agencies, to individual freelancers. He's also led workshops and participated in ADMERICA, the AAF's national conference.

“Not only do I enjoy representing our agency on the board of the largest association in the advertising industry, but my position allows me to stay educated about everything related to advertising. It's an elite group - maybe only 120 people. But I'm exposed to a network of industry leaders, and I contribute to the conversation on many topics, including creative work and social and governmental issues.”


"It's because of great industry leaders like Michael Seay that the AAF can operate important initiatives, events, and centers across the country for our industry. Michael has been a respected leader in our organization at the local, district and national levels. It's why he was elected to our national board. He has the respect of his peers. He's a creative thinker, a talented leader, and a super nice guy as well." - James Edmund Datri, President & CEO / American Advertising Federation

More in this category: « Steve Evert - Caller Experience Marketing
back to top