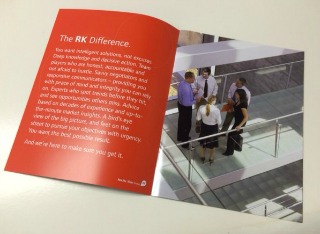 Our advertising and design agency, d2i, won in the Brochure category for work they created for Reichle Klein Group. Terry Lesniewicz and Jack Bollinger teamed up to produce the winning entry, seen at left.

Our SensoryMax team earned a bronze award as well for a video called "Toledo: It Matters Where You Make It." Michael Seay served as the project's producer and director. Watch it below.

More in this category: « Thanking Our 25-Year Clients Competitor Refers BusinessVoice for Creative Work »
back to top