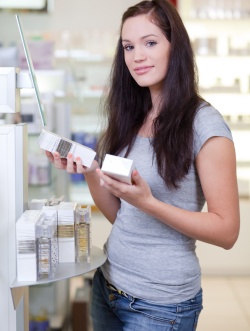 In a media study measuring consumer interest in and acceptance of video displays in retail environments, 29% of the consumers who had seen video in a store say they bought a product they were not planning on buying after seeing the product featured on the in-store video display. (Arbitron, 2005)

According to an Arbitron retail media study, 42% of consumers who have seen video in a store say that, in the future, they would choose to shop in stores with video screens versus those without; and more than half of the consumers who have watched in-store video feel that more stores should run video programming. (Arbitron, 2005)

According to 100 of the nation’s largest marketers of consumer packaged goods, 50% of retailers ranked in-store marketing as the most effective activity for generating a strong return on investment. (Deloitte and the Grocery Manufacturers Assn., 2008)

Read 3341 times Last modified on Thursday, 19 May 2016 15:54
Tweet
Published in Research
More in this category: « There's Music Everywhere You Go - And There's a Reason Let Them Sniff! Customers Will Buy More »
back to top