Exactly How Does Scent Encourage Shopping? 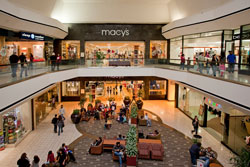 By now there are lots of credible studies showing that ambient scent alters behavior. There’s the original Cinnabon Effect study and its recent extension, and some nice work on perfume wearing and spontaneous helpfulness.

In the “Zombies at the Mall” chapter of What the Nose Knows, I took a look at the scientific literature on scent marketing. There too, credible research shows that scent can increase dollars spent as well as boost positive perception of the mall, the stores, and their products.

A common theme in these studies is that the effects on behavior in general, and consumer purchasing in particular, are driven by changes in mood. Thus, the sweet, warm, delicious smell of fresh-from-the-oven Cinnabon buns put people in a more positive mood and makes them more likely to respond to a request for assistance.

This is a plausible but rather limited explanation. Limited because it fails to explain the differential effectiveness of scents that are equally pleasant, and that should therefore produce equal improvements in mood. For example, business school professor Eric Spangenberg found that a masculine scent increased sales of men’s clothing, and decreased sales of women’s items. The reverse effect was found for a feminine scent.

Clearly, something more than emotion is involved. (This is an ongoing theme of WTNK: psychologists for years have overemphasized the role of emotion in odor perception. More and more research shows that people respond to smell cognitively—that is, they compare, contrast, evaluate, interpret and judge.)

The best alternative explanation involves “congruency.” The idea here is that a smell that “goes with” the merchandise on display will enhance consumer perceptions of the goods and increase sales, while a mismatched scent will have no effect, or even decrease sales. Congruency explains Spangenberg’s shopping results much more satisfactorily than does an appeal to mood.

Now the man himself—Spangenberg along with three colleagues—has found perhaps a better explanation. The new idea is “processing fluency,” technically defined as “the experienced ease of processing a stimulus.” Studies find that labels, logos and ads that are more easily processed, i.e., which are more “fluent,” have a bigger impact on consumer perception and sales. Spangenberg’s newly published study pushes the concept into the olfactory realm.

The researchers first came up with a pair of smells—orange, and basil-orange-green tea—that differed in complexity, but were alike in all other key respects. These two scents, along with a no-odor control condition, were diffused into a Swiss home goods store on different days. Random shoppers who had been in the store at least five minutes and who had bought something were given a brief questionnaire.

The bottom line: shoppers in the simple scent condition spent 10 Swiss francs (roughly $10) or more than did shoppers in the complex scent or no-odor conditions. This is a substantial effect and it happened largely without the shoppers being aware of the scent.

Back in the lab, Spangenberg’s group did several follow-up experiments to pin down the precise nature of the effects. The simple odor out-performed the complex and no-odor conditions when it came to a cognitive task involving anagrams. Simple odor results in more anagrams completed and at a faster rate. Finally, the results of the field study were confirmed in a simulated shopping experiment. The authors conclude:

Our results also show that, contrary to conclusions drawn by many retailers attempting to implement prior olfactory research findings, not just any pleasant scent will work to a firm’s benefit. The ambient scents used for this research were equally pleasant, but produced remarkably different outcomes based on scent complexity.

We seem at last to be getting away from the Land of Mood and into a zone where we can use sensory analysis to engineer more effective fragrances for scent marketing.

Read 3845 times Last modified on Thursday, 19 May 2016 15:54
Tweet
Published in Research
More in this category: « Let Them Sniff! Customers Will Buy More New On Hold Marketing Poll Results »
back to top