Are You Short-Sighted When It Comes to Service? 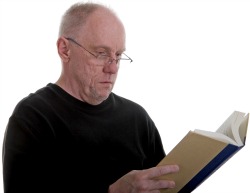 Thirty years ago I used to go to a little Sunday morning flea market down the road from my home.

There was a man there each week who sold old books.

One Sunday, I walked up to his table and began looking at one of his items. He hurried over to me and began telling me all about the book and why it was such a great piece.

After a minute or two of interesting conversation, I put the book down and told him that, as nice as it was, it was a bit out of my price range.

Just as quickly as the book man had approached me, he walked away. Our "conversation" was immediately over. He was upset that I wasn't going to buy the book, and, presumably, that I had wasted his time.

Three decades later, I can still see the sour look on his face.

I went to that flea market for many years after that incident, but somehow never managed to get around to his table ever again.

Sure, you want to sell what you have to sell, but not everyone's ready or able to buy from you, at least right now.

But if you can give your best effort and attitude to even casual shoppers, you'll engender positive feelings that are likely to pay off down the road in the form of purchases, personal recommendations and positive reviews.

Talk with your staff about serving people wherever they may - or may not - be in the buying cycle. Remind them that every encounter is a chance to grow a relationship, though it might take months or years to bloom.

And if nothing comes of an encounter, at least your brand won't be the source of a sour-faced memory.

More in this category: « Everyday Effort: The Source of Great Customer Service Funny Business »
back to top